Anata is a Palestinian community located next door to Israeli-occupied East Jerusalem. Anata is in the occupied West Bank, more specifically in Area C (click here), an area that is under Israeli control. According to the Oslo Agreement of the 1990s, the Israeli government has planning, building, and military control. I visited Anata briefly last February on my way from Qalandiya Checkpoint to Shu’afat refugee camp.

Click here for a 2007 article about Anata. Click here for a statement from 27 Jan. 2012 by Maxwell Gaylard, the United Nations Humanitarian Coordinator for the occupied Palestinian territories (oPt). He had just visited Anata and called for an end to home demolitions in the West Bank.

In 2007, Anata no longer appeared on official Israeli road signs. Apparently, the Israeli government would prefer to wipe the name, Anata, from travellers’ minds.

And so the disappearing trick goes…This news just in from the EAPPI office in Jerusalem. “Anata: The Israeli military demolished Beit Arabiya – ICAHD Peace Centre on Monday night, January 23rd for the fifth time, along with the Abu Omar home rebuilt by ICAHD [Israeli Committee Against House Demolitions – click here]  in the summer of 2011, and structures in the East Anata Arab Al-Jahalin Bedouin compound. A total of seven homes were demolished, with 52 people including 29 children displaced. Click here for more information and to donate to the rebuilding of these homes.” 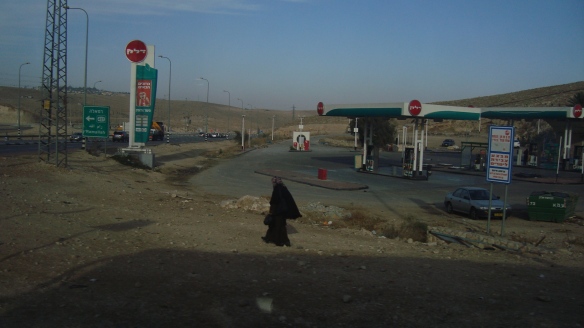 1 thought on “The Disappearing of Anata – home by home…”